When we found out that Mini had a teacher training day before May half term we decided to plan a visit to Chessington World of Adventures in the hope that it wouldn’t be too busy with most other children still at school.

Luckily my Sister lives about an hour away from Chessington so we travelled down to stay with her on the Thursday evening so we wouldn’t have to do the 3 hours journey both ways on one day (more on the journey home later!) We often travel the in late evening as Mini goes to sleep and thankfully we can carry her to bed the other end, most times without waking up.

We have Merlin Premium Passes and have been trying to make the most of them by getting to as many of the attractions as possible. The premium pass meant we had free parking and the car park was right next to the entrance which was a bonus. The passes also came with £5 Fast track vouchers for each passholder which can either be used towards a rides package or for a single ride. We decided to use ours for a single pass for the Gruffalo ride as Mini was especially looking forward to this one as it is fairly new we expected large queues.

It’s a good job we did use the fast track as the queue was over an hour which wouldn’t have been fun on a rather hot sunny day. The ride had been themed really well and took us on a boat journey to see the story of The Gruffalo come to life. There was plenty to look at and had great effects, there was even a special woodland smell released.

The park wasn’t too large and spread out, like we’ve found some other theme parks, it was well compacted which was good for little legs not to have to trek too far. We found that the park had lots of rides that Mini could go on, I would say it’s more suited for younger children, although there were a few larger thrill rides.

Going on a school training day worked great for us as we found the park not too busy. Most of the rides that we wanted to go on had only 10-15 minute queues, and we managed to go on all the rides that we wanted to throughout the day. I particularly enjoyed Zoofari which is a ride in a large scale safari jeep through areas with Rhinos, Flamingos, Giraffes, Deers and other animals. Giraffes are mine and Mini’s favourite animal so it was great to get up close to them, although we were stuck for a few minutes when a pair of Giraffes decided to stop in front of the jeep for a while. 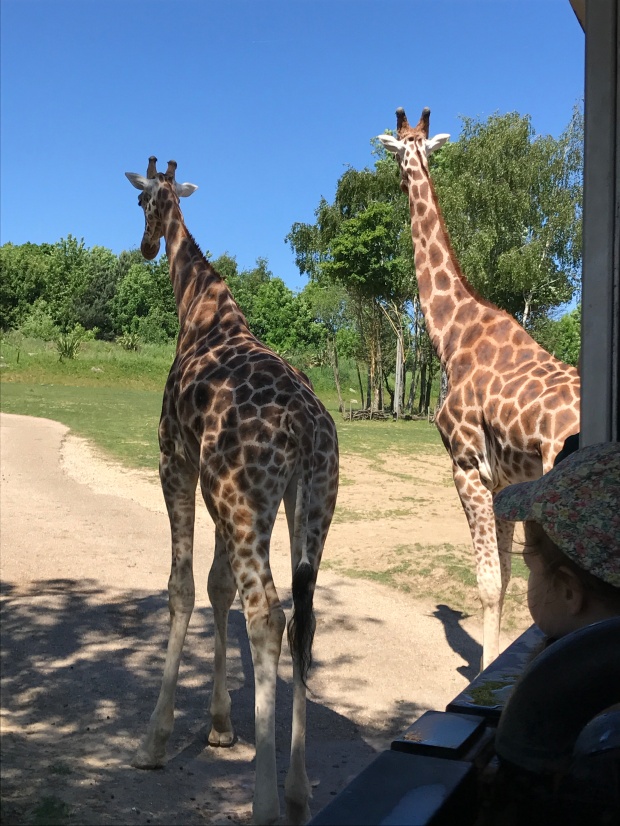 Throughout the day we went on the carousel, some pirate boat ships, flying elephants, a big wheel, the dodgems, and a car ride around the woods to name a few. Mr Mack enjoyed Tomb Blasters as he got to release his inner video game junkie and shoot the baddies with a lazer gun as we went around. Mini, who is a rollercoaster junkie in training at the age of 4, loved the mine train, that is until her hat flew off mid way round. This sparked quite a few tears but we were luckily able to retrieve it back at the end of the day.

A few tips from us; 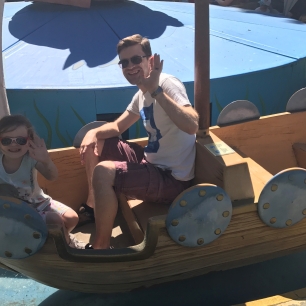 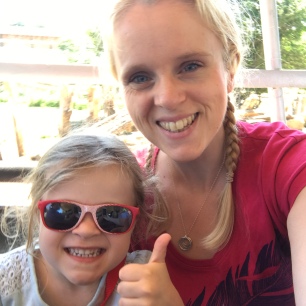 We had a great family day out at Chessington World of Adventure and will definitely love to visit again to revisit some favourites and make sure we visit the things we didn’t get chance to do. There is also a hotel and glamping tents available on site which I’d definitely consider as a special treat to allow you to explore the park over 2 days.

The rides closed at 5pm and we headed to the car to start our journey home. Unfortunately the traffic gods were not shining down on us on the way home, it took us 2 hours to battle around the M25 to the bottom of the M40 (40ish miles) although it was Friday evening rush hour. After a quick stop at the services for a bite to eat and to change Mini into her PJs we thought we were on the easy part of the journey home. Unfortunately there was a nasty accident on the way home and the motorway was closed for quite a few hours, we couldn’t go anywhere so just had to wait, luckily we had snacks and drinks and Mini had fallen asleep by then.  We finally arrived home at 1am, over 7 hours later than we had left Chessington and collapsed in to bed, thankfully once Mini let us have a decent lie-in in the morning which was very much appreciated!

This is not a sponsored post, all views are entirely my own.